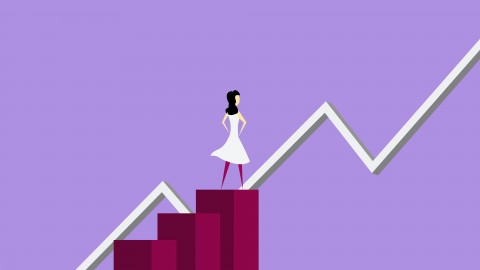 Prospects of higher inflation may strike fear in the hearts of most people. However, long term care insurance policyholders may actually have quite a different reaction. Let me explain:

One of the primary reasons for premium increases on long term care insurance policies has customarily been the sustained low inflation rate the US has been experiencing for many years. However, this past January, the annual inflation rate in the U.S. rose to 7.5%— the highest it’s been since February of 1982.

Those of us who remember the 1980 inflation rate of 18.00% may not cringe at seeing the current annualized rate of 7.5%, but many of our children and grandchildren have only seen one year (in the last 20) when the rate exceeded 5%!

Why would long term care insurance premiums be so susceptible to sustained low inflation?

As anyone who’s gotten a rate increase on their policy knows, the premiums on long term care insurance are not guaranteed to remain flat. Instead, the policies are what is called, “guaranteed renewable”. Similar to your health insurance premium, and even your auto and homeowner’s coverage, when it comes to long term care insurance, your insurance carrier has the opportunity to adjust the rate (subject to the approval of the state’s insurance department).

However, this doesn’t mean that back in time, when your long term policy was created, insurers planned to adjust rates frequently…or at all. Instead, their actuaries made several assumptions to produce sensible pricing. They knew that the typical policy would be bought decades before a claim happened, but there was little data available on what they could expect actual claims to be. So they made assumptions about the potential timing and amount of claims, how many people would keep their policies until claim time vs. let them lapse, and what interest rate the insurer could expect to earn on the premiums that would be paid in.

Imagine you were an actuary pricing a long term care insurance product in the year 2000. Look at earlier inflation rates:

Now, let’s look at the interest rates insurers can get when they invest the premium funds at their disposal. First, it’s important to note that these companies are limited by the restrictions placed on their investments. Insurers aren’t allowed to take large risks. Thus, they invest in conservative vehicles, whose rates of return are correlated to factors like the federal funds. As economists say, “First, interest rates DO rise as a result of inflation.” And that means they go down when inflation rates drop.

Back to that actuary in the year 2000. An interest rate assumption of somewhere around 4% looks reasonable, don’t you think? However, for the 20 years starting in 2000, the inflation rate was 2.2%. Certificates of deposits often paid much less. Ouch! Retirees who had forecasted living off bank interest can attest that the lower rates really hurt.

So, higher inflation rates – and higher interest rates – are definitely the friend of those retirees, and for owners of long term care policies.

Inflation and the Cost of Care

The overall inflation rate may not directly impact the cost of professional long term care. Labor shortages, competition for low-skilled workers, turbulence in the senior housing market, pandemic protocols and PPE costs, and overall uncertainty may all conspire to increase the costs of home- and facility-based care.

The cost of home care in most locations has been remarkably flat the last couple of decades. Increased competition in the assisted living industry and the senior housing market overall have kept prices relatively low. Some experts are predicting that the industry will use inflation and the pandemic as their reason to substantially raise rates…if they can do so without hurting their occupancy rates.

When you purchase a policy, you have the option to either protect your benefit against future inflation, or not. Again, coming off years of low inflation may have meant that recent policy purchasers didn’t think much about the importance of including inflation protection.

What if you’re concerned your policy may not have enough inflation protection? For most people, the best advice will usually be a small new additional policy, not a rewrite of your original policy. You’ll know when your agent runs the numbers.

In the last few years—when it came to inflation—it may have seemed the only direction was down. So, what we are seeing now can be described as “what goes down must eventually go up.” Those of you with long term care insurance policies may take solace in the knowledge that your future premiums may be impacted favorably by higher inflation—and the resulting higher interest rates.

If you have any questions about inflation in regard to your long term care insurance please do be in touch. Baygroup Insurance can be contacted at http://www.baygroupinsurance.com/forms/contact-us or call us at 410-557-7907 for more information.