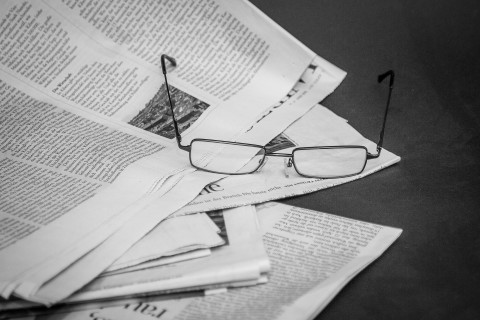 We all know that breaking news is pretty synonymous with breaking bad news. OK, usually with very bad news. After all, as the saying goes, “if it bleeds, it leads.” Ouch! Controversy, both real and manufactured, grabs our attention, sells newspapers, and garners views on digital devices.

It takes vigilance on behalf of the media, as well as ourselves, to avoid crossing a very important line. The line between becoming informed vs. distorting our perspective. Consider the topic of risk. What risk is perceived (and perhaps distorted) vs. what is real? This distinction can be critically important to good decision making.

Crash Truth – If You Dare

For example, just because plane crashes are occasionally breaking news, we still fly. Usually, the news coverage focuses on only the unfortunate news (i.e. people lost in the crash), and not the countless good news stories related to flying each day: joyful reunions, profitable business transactions, lifesaving medical transports, etc.

We intellectually understand that we are statistically safer in an airplane than driving. When flying, we may comfort ourselves with that fact. However, when driving we may ignore the fact, because we can’t imagine what our life would be like if we no longer drove. Driving is an accepted part of our lives, and so we continue to engage in the relatively risky activity, despite daily news about car crashes.

1)    Since the media tends to report the bad much more than the good, people researching policies don’t read about the extraordinary benefits directly generated by the purchase of long term care insurance. These very good news stories are largely hidden. The benefits are profound in the homes where home care is easily afforded thanks to long term care insurance. Same goes for beautiful assisted living facilities, continuing care retirement communities, dementia care, and other types of long term care.

The impact of long term care insurance ownership allows spouses and adult children to continue their lives and careers without the undue financial, emotional, and physical burden imposed by prolonged informal, unpaid caregiving.

2)    The media has shouted from the rooftops the admittedly serious problem of rate increases on incorrectly priced policies. What has been rarely reported is the corrective action taken in recent years to avoid future rate increases by both the insurers and the insurance regulators.

It’s quite ironic that today’s potential purchasers of long term care insurance are sometimes scared to purchase a policy because of what they’ve read about rate increases, while the policies now available for purchase are in fact the most protected against future rate increases.

It’s important to consider the true risk of being insured vs. not being insured. What today’s potential purchasers don’t often hear about are the millions of individuals, families, and employers who thank their lucky stars that they themselves, or their loved ones, have long term insurance.

After all, at claim time, premium cost is recouped quickly, making premiums paid all but moot.

So, let’s put a "brake" on the breaking news that doesn’t accurately represent reality.

Because, at least when it comes to long term care insurance, it hasn’t.