Beware: Some Advice About Long Term Care Planning Can Border on Foolish 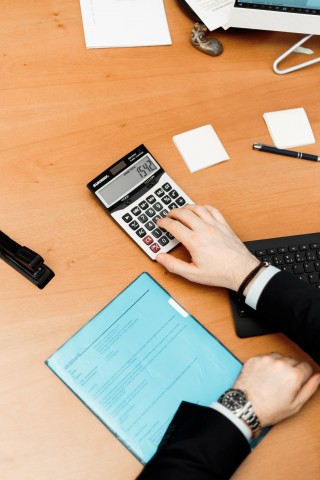 In a column dated January 17, 2021, the writers at The Motley Fool opined about, “how to prepare for disasters.” They wrote that, “it’s fine to prepare for unlikely disasters, perhaps by buying earthquake insurance in a low-risk region—or keeping garlic on you in case of vampire attack.” They continued, “but be sure that you’re preparing for more likely disasters…such as these:

Regarding item number three, they rightly advised: “Long-term care is an important issue everyone should consider.” Their reasoning, “If you’re wealthy, you can pay for any care you might need; if you’re poor, you probably won’t be able to pay for it at all. But if you’re in between, consider long-term care insurance.”

Huh? Like a lot of mainstream advice, there’s definitely some truth to the Fools’ statements, but—there’s enough misleading information in their advice that I feel the need to elaborate.

I agree that, “if you’re poor, you probably won’t be able to pay for it at all.” That’s why we have safety net programs such as Medicaid.

But it’s not such an open-and-shut case by saying people in the middle-class should just buy long term care insurance, while those considered “wealthy” can just pay out of pocket.

The ability to pay for long term care personally is not only a function of being “wealthy”, but also depends on the kind of care needed, where it’s provided, and how long the care need lasts.

Another important factor to keep in mind is this: whether someone considers themselves “wealthy” or not may have no correlation with their ability to pay for long term care. Few people, even many considered “wealthy”, have the extra $10,000+ in liquid cash needed each month to pay for a sustained care need in many areas of the United States.

And there are still other considerations: liquidity, market volatility, taxes, etc. Just because someone has the ability to cover long term care expenses doesn’t mean that they would want to use their own assets for this uncertain future occurrence. For example, if they would need to raid a qualified plan, the resulting penalties might be ridiculous. Likewise, effective penalties that might result from having to liquidate stock, real estate, or other assets could be problematic.

Not to mention if those assets have been understood to be in play for the next generation (or the one beyond that) to inherit. You can’t inherit an asset that’s been raided to pay for long term care!

Well-to-do adults who have risen from more modest means would also do well to consider the purchase of long term care insurance for their less wealthy parents. Especially if those parents aren’t in the same income bracket. The well-off adult children may feel an obligation to privately fund their parents’ care (not to mention they may have dozens of familial eyes looking their way when a need for care arises). Long term care insurance makes that obligation easy to prepay— for pennies on the dollar in the bigger picture.

Larger families may even divvy up the premium among the siblings, according to ability to pay.

When it comes to long term care, I know there’s a lot to consider. However, decisions are not necessarily open and shut— no matter the socioeconomic class you find yourself in. Baygroup Insurance is here to help provide some useful thoughts as you navigate LTC planning. Please don’t hesitate to reach out to discuss this or any aspect of long term care planning or long term care insurance you might need more information about. Baygroup Insurance can be contacted at http://www.baygroupinsurance.com/forms/contact-us or call us at 410-557-7907 for more information.